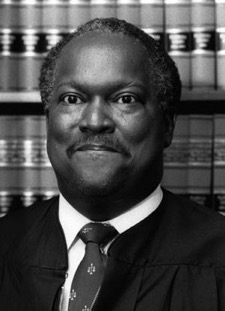 Our Bar Association is named in honor of Judge Isaac Anderson Jr., a Fort Myers native and 1964 graduate of Dunbar High School.  Judge Anderson was a man of strong character, and had a sincere desire to help people. He served as Director of Community Affairs for Fort Myers and later as Lee County’s lobbyist for state and federal funds.  He opened his law office in Fort Myers to practice civil and criminal defense.  He worked for the Dunbar Coalition and the Dunbar Improvement Association, whose mission is to provide affordable housing for the elderly and handicapped.

In 1981, Judge Anderson became the first black judge in Lee County when he was appointed as a county judge by then-Florida Gov. Bob Graham. In 1990, he was elected to the 20th Judicial Circuit Court. In 1991, when he took that office, there were seven black lawyers in Southwest Florida.  By the time of his death at 61 in 2007, there were 23. More than 500 people attended his memorial, which was held at Harborside Event Center in Fort Myers.

Judge Anderson was more than a pioneer.  He presided over one of the most high-profile cases in area history, the Lords of Chaos case. He sentenced the gang's ringleader to death.  Anderson was a volunteer with the Dunbar Coalition, Dunbar Improvement Association and served as president of the Kiwanis Club East and this organization, the local association of the National Bar Association, an organization for black attorneys.

Anderson earned a bachelor's degree from Miami University in Oxford, Ohio, and a juris doctorate degree from Washington College of Law at American University. He was a graduate of both the Florida and National Judicial College.  He was a veteran of the U.S. Air Force and served a tour of duty in Vietnam.

We honor Judge Isaac Anderson Jr. by naming our Bar Association in his honor.